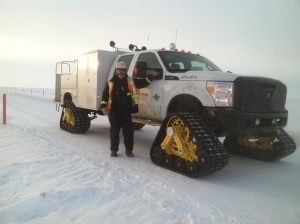 My husband, a modern-day Daniel Boone, was an adventurous spirit. He had been a skilled woodsman since childhood (He roamed the woods around their home and hunted small game successfully with a .22 rifle when he was nine.) We have a newspaper clipping his mom saved showing the time when, as a young boy, he killed a bobcat with a stick. He loved wide open spaces and the adventure that awaited around each curve in the path.

He was an expert at cast-net fishing. He knew how to call up a turkey, and wait on a buck. When he hunted or fished, he brought home supper.

He would eat anything. The more unusual the dish, the better he liked it. His favorite TV show was “Bizarre Foods” with Andrew Zimmern.

He was a pipefitter with worldwide credentials. His work had taken him from one environmental extreme to another. In the late seventies, he spent a little over a year in the 120 degree heat of the Saudi Arabian desert, and recently worked where the wind chill factor drops to -84 (not exaggerating) on the North Slope of Alaska. (They had to stay inside if the wind chill factor fell below -50.) Where most folks would shrivel, he thrived.

He had followed his dream, his passion. Every day was an adventure. He amazed me with the sacrifices he was willing to make and the risk he was willing to take for our family. And I have always appreciated it. When I would tell him how amazing he was, and how I was so impressed with his courage to go forward no matter the risk, ( -84 degrees, really!?! ) he would look at me with that little smile and say, “If you’re gonna be dumb, you gotta be tough.”

Why do I tell you all of these things? Because he wouldn’t. He didn’t think his skills were amazing. He just felt ordinary. And sometimes he felt less than ordinary. A teacher told him at one point in his life that he was not smart because he struggled to read.

The truth is, he was smart. He struggled to read because he went to four different schools in first grade. Not good for a solid foundation in reading. His family had to move around to find work. He had to figure the reading thing out himself in spite of teachers who would rather label him than bridge the gaps. He was determined to prove them wrong. And he did. He worked hard, bridged the gaps himself, and graduated in spite of the label.

He not only graduated, but worked and used his skills and talents to further his education and build the credentials he had to be able to go where he went, do what he did, and earn what he earned. What a life!

And he lived this way until November 7, 2014, the day God opened Heaven’s door and welcomed him home. 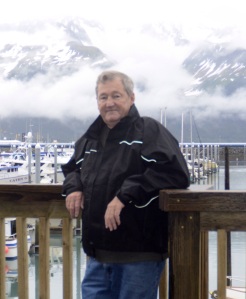 And I also tell you these things because someone may have labeled you incorrectly once (or every day for an entire school year). Learn from this great man : Don’t let a label hold you back. God has gifted you. Go with your passion. Pray and find the destiny He had in mind for you the day you were conceived.

5 thoughts on “A Tribute to Frank Pridgeon”