He Taught Us a Thing or Two
Part 4 : About Life.

Frank taught us that a key component of a quality life is respect.

He defined respect as “an understanding that someone or something has certain attributes and should be treated in an appropriate way.” This was true for anything from poisonous snakes to sweet gray-haired old ladies.

He also felt that a person should show some respect for themselves by speaking and acting appropriately. When he opened doors for ladies, or retrieved things from high shelves in Walmart for a short person (he was tall), he was just being himself. He had enough respect for himself and those around him to conduct himself well in public.

One thing that upset Frank was disrespectful children. He wondered why parents would neglect to teach their children at least to honor the sacred and important things. Not just God and the church, but gray-haired folks, law enforcement, and institutions like schools and courtrooms. He held in high esteem those parents who taught their children respect, and had a soft spot in his heart for children who learned and lived it. He would do anything for them.

He was never fake. If he didn’t like you, he respected you enough that he wouldn’t act like he liked you. He was cordial to everyone, but only engaged in conversations with people he liked. There were only certain people in his “inner circle” that he would go so far as to laugh and joke with. I don’t think it’s a coincidence that the inner circle folks were the ones who respected him the most and showed it.

There is no question that Frank deserved and received respect. He also gave it. He held in high regard those persons and concepts everyone should, like God, and family, and country, but he also respected fellow men and women, particularly those in the military. Anytime he had an opportunity, he paid for their dinner, and it didn’t matter how many were in the party.

We were having lunch with our son and his wife one afternoon at a Mexican restaurant. Frank noticed a table of ten or so folks, one of whom was in military attire. We were seated near them, so their conversation somewhat wafted our way. We understood that this soldier was about to be deployed to a war zone, and the family was enjoying this time with him before he was to leave the next day.

As Frank paid our lunch bill, he also picked up the tab on theirs. He tried to get out of the restaurant without them knowing, but as he was finishing up, the soldier asked for the bill for their table. The cashier shook his head and then pointed to Frank.

The soldier quickly came over to thank him saying, “Sir, that was a large ticket. A lot of food. Thank you.”

Frank choked up and barely could get out the words, “No. Thank you… for your service.” The soldier nodded, shook Frank’s hand and let us leave. Mutual respect.

Frank taught us that true respect is shown, not just spoken.

Thank you, Frank, for the respect you gave me and others,

and my respect for you will go on forever. 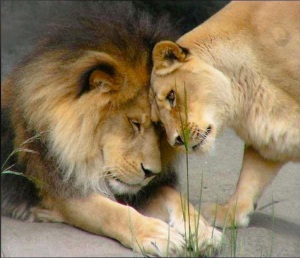